UPDATED to include Maryland law references.

HAGERSTOWN, MD - On Saturday, October 25, Mummers' Parade spectators who parked at the South Potomac Service Center were in for quite a surprise when returning to their vehicles - their vehicles had been towed.

The lot, located at 926 South Potomac Street in Hagerstown, has no signs regarding towing, per photos provided to WashCo Chronicle on October 26.

The City of Hagerstown has an ordinance regarding sign requirements for private towing. Since no signs were present, the towings may have been illegal.
The following are the specific requirements for towing from a private lot in Hagerstown.

The owner or operator of a parking lot, or the agent thereof, may not have a vehicle towed or removed from said parking lot, unless the owner, operator or agent has placed in conspicuous locations, signs that:

A. Are clearly visible to the driver of a motor vehicle entering or being parked in said parking lot;

B. Identify the location to which the vehicle will be towed or removed;

C. Identify a telephone number of a person who can be contacted to arrange for the reclaiming of a towed or removed vehicle by the owner, which number shall be attended or monitored by an individual, 24 hours per day, seven days per week;

D. Identify that a towed or removed vehicle may be reclaimed from the location to which it has been towed at any time, 24 hours per day, seven days per week; and

E. States that the maximum amount that the owner of the vehicle may be charged for the towing or removal of the vehicle, including storage fees, is set by the Washington County Emergency Communication Center. [Amended 6-22-2010 by Ord. No. O-10-14]

Additionally, according to the ordinance, the towing company "Must have the express authorization of the owner or operator, of the parking lot, or the agent thereof, to effectuate the towing, removal and storage of a particular vehicle prior to the removal of said vehicle;", meaning the towings were at the authorization of South Potomac Service Center, or a owner or operator of the parking lot. Per Hagerstown ordinance, each illegal towing offense could be a fine of $1,000.

WashCo Chronicle has sent inquiries to South Potomac Service Center, as well as one of the towing companies involved, Nextow.

On October 27, Nextow responded with the following statement:
"The owner of the business contacted city police and got the authorization to have the vehicles towed by city police. Two vehicles were towed."

South Potomac Service Center has not responded as of October 27.

The towing resulted in much confusion and chaos for those whose cars were towed, especially parents with small children.

"Nextow claimed they were called by the business owner to remove them. However you couldn't even enter their property unless you went through CVS parking lot due to the barricades by the police on the Potomac Street entrance" said one local area resident who spoke on the condition of anonymity. "I am an active member of this community who was participating in a large community event and was attacked by an illegal act that left me stranded with a 5 yr old"

In 2012, the State of Maryland also passed a towing law similar to the Hagerstown ordinance. The actual legal code can be reviewed in a cleaner format at the Maryland General Assembly website. This law is in effect statewide, unless a more restrictive local law is in place.

The law defines a parking lot as a privately owned, publicly accessible facility with three or more parking spaces. defines sign requirements more strictly than the City of Hagerstown, and also requires photographic evidence of the violation for a vehicle to be towed.

Below are photos of the South Potomac Service Center, as of 10/26/2014. There are no towing warning signs visible in the lot. 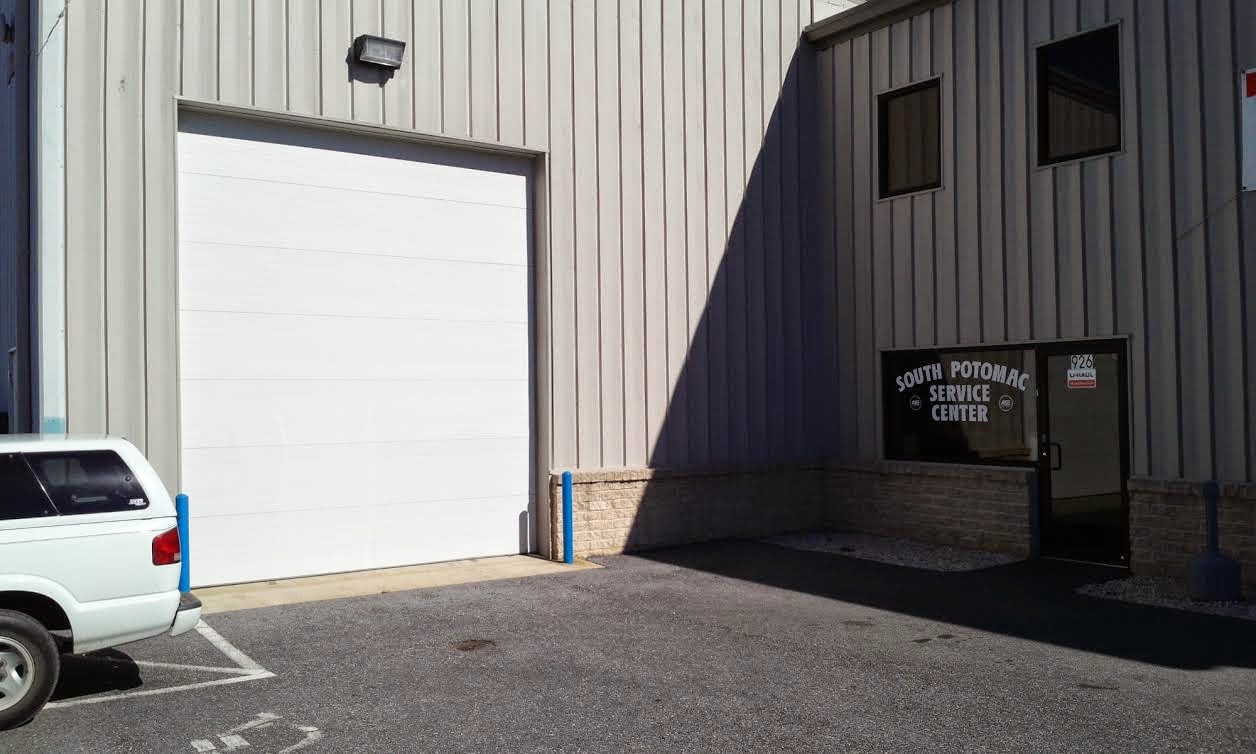 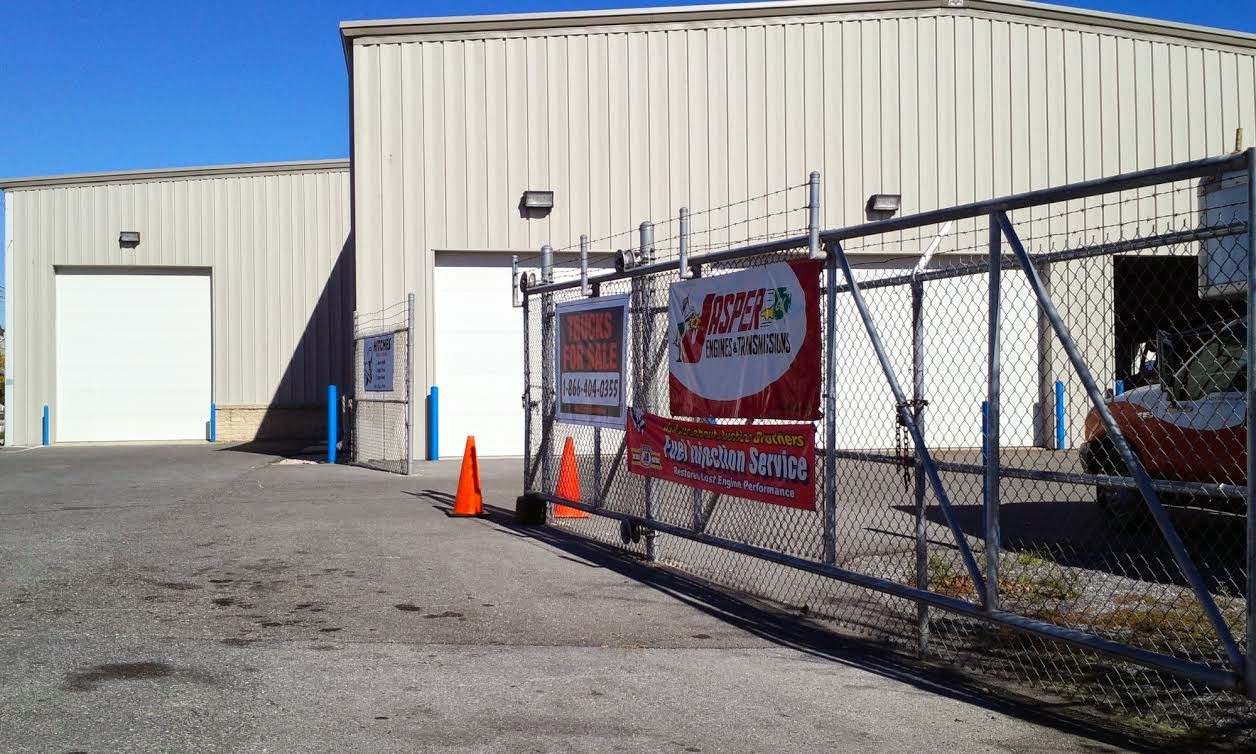 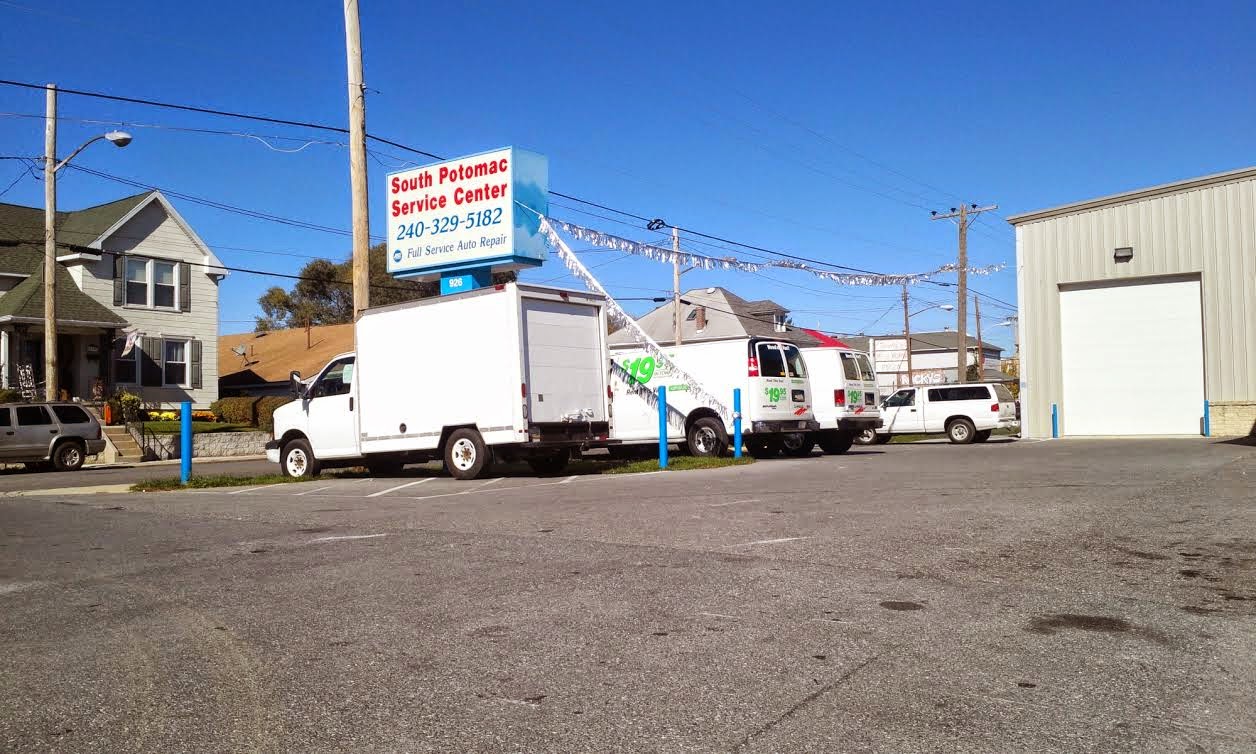 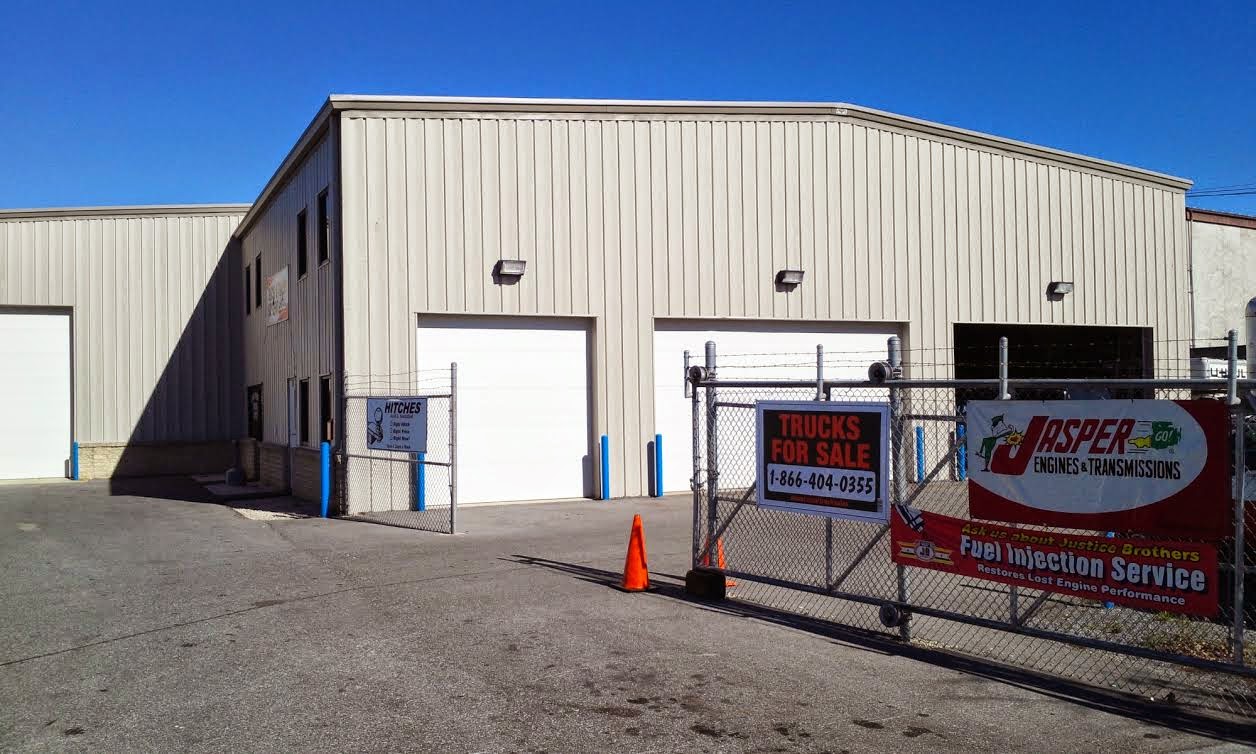 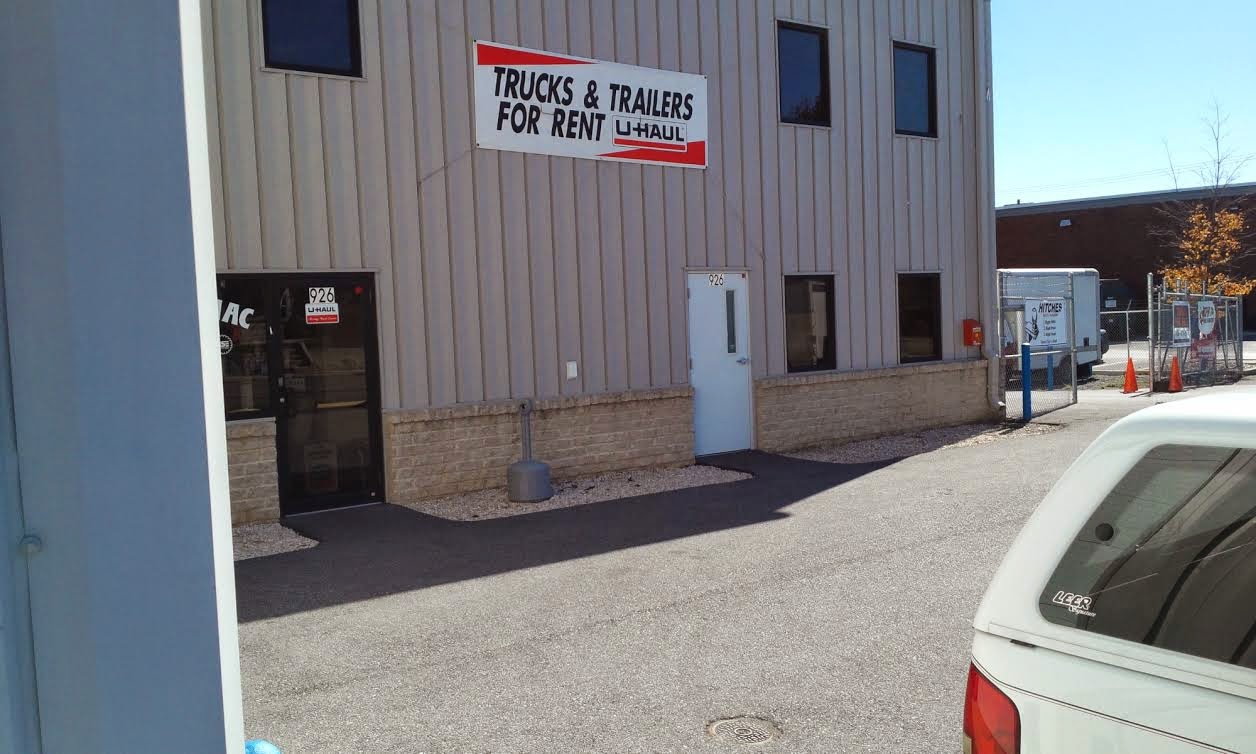 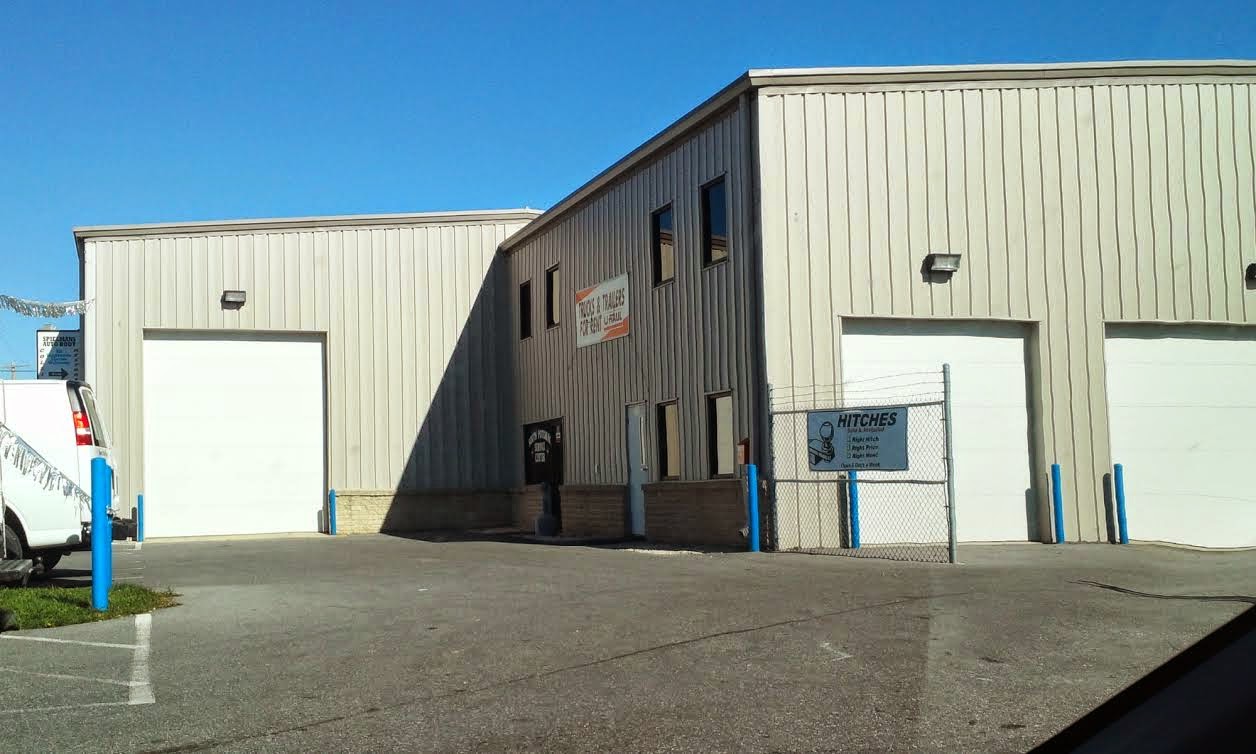 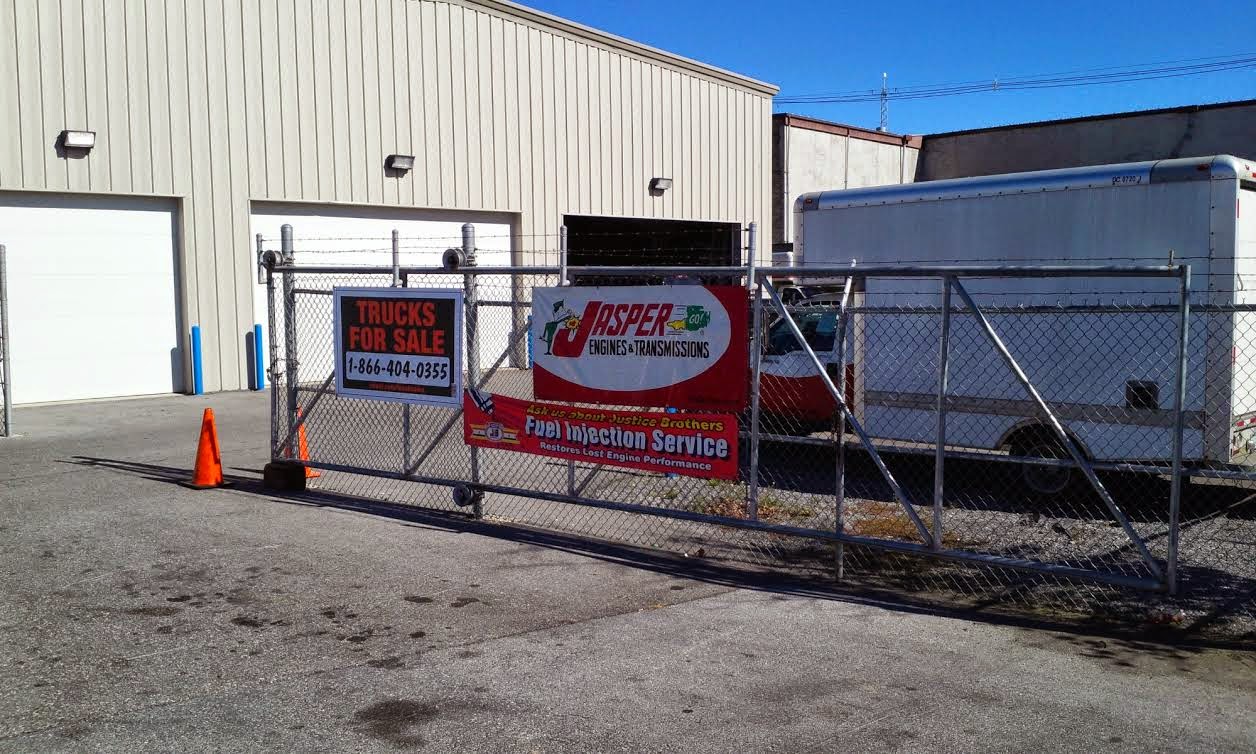 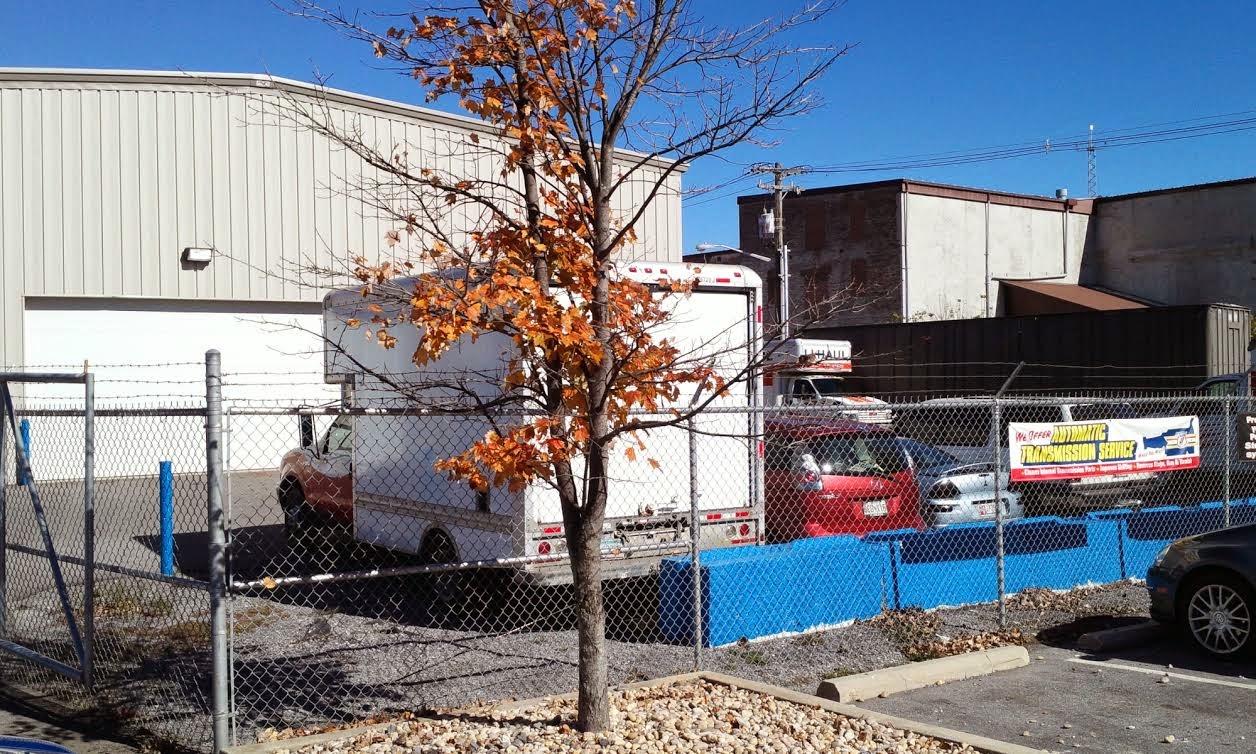 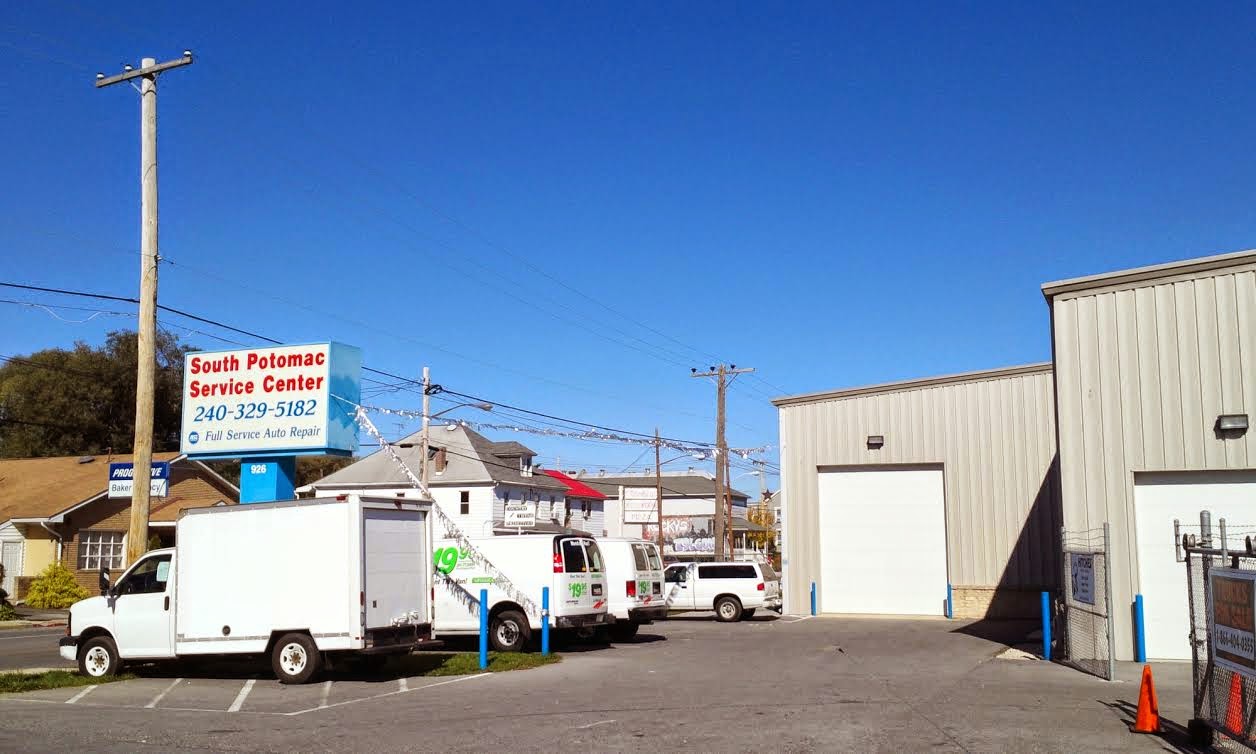 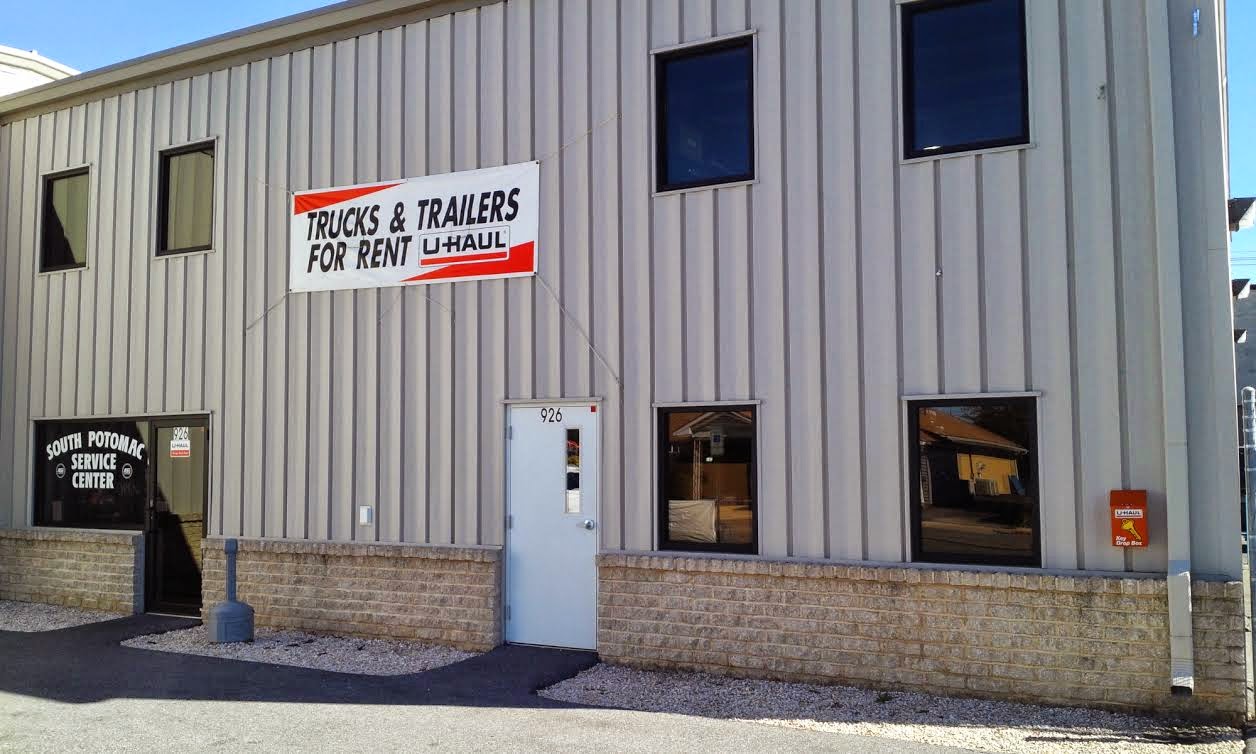 Article by Ken Buckler, Editor.
Photos provided by an area resident who wishes to remain anonymous.