HAGERSTOWN, MD - Continuing the WashCo Chronicle's investigations into accountability of local government and non-profit organizations, WashCo Chronicle has begun reviewing campaign finance reports which are publicly available through the State of Maryland.

Most of WCTA's political contributions are regular contributions to Washington County Democratic Central Committee. However, one contribution in particular stands out - a 2010 donation to a Board of Education candidate.

A review of  2010 campaign finance reports shows that the WCTA donated $430.00 to Karen Harshman's campaign on November 15, 2010 - almost two weeks after Harshman secured a seat in the Washington County Board of Education in the 2010 General Elections.

Harshman is an incumbent in this year's Board of Education elections. 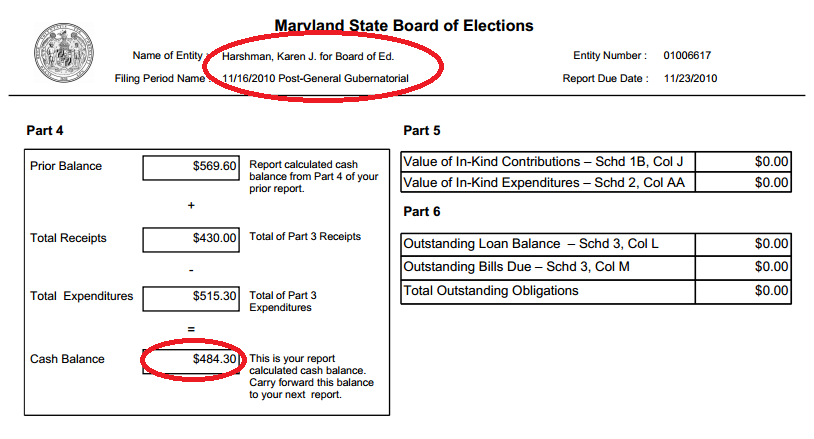 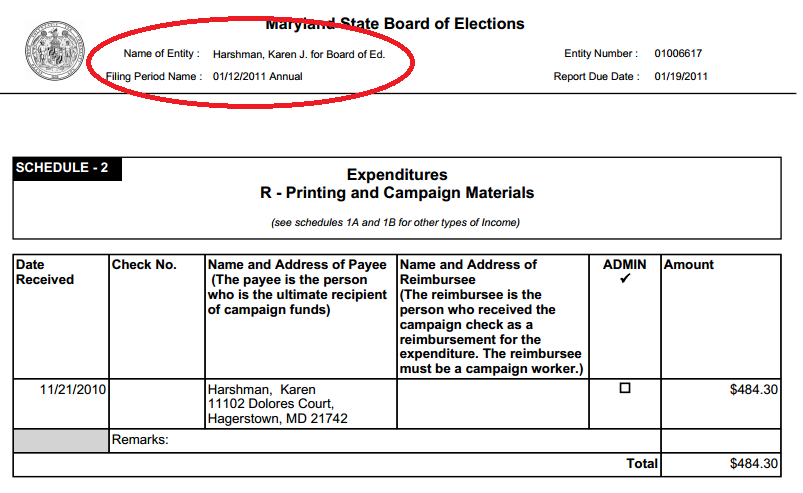 Several days later on November 21, Harshman received a check from her campaign for the entire $484.30 to cover "Printing and Campaign Materials".

This raises several questions.
1) Why did WCTA donate to a candidate after the general election?
2) What exactly did Harshman spend the $484.30 on, and why did she purchase printing and campaign materials after she had already won the election?

WashCo Chronicle would like to encourage WCTA and Board of Education member Harshman to come forward publicly with answers to these questions.

Full campaign finance reports can be accessed by the public at Maryland's State Board of Elections website.