On Dirt and Politics - A Post from the Editor 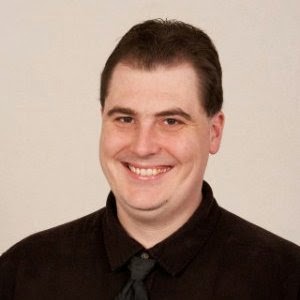 As a general rule, I try not to post opinion pieces. In fact, I try not to post anything at all - and allow the community (through independent contributors) to have their voice. As the editor of the WashCo Chronicle, I strive to remain neutral on all topics, and let the facts speak for themselves.

However, I feel it is necessary to address recent issues brought up by both traditional media and social media posters. Specifically, the issue of digging up "dirt" on politicians. So while we're on the topic of dirt, I'm going to let you in on a dirty little secret. Dirt is typically an intentional distraction from the real issues.

Digging up dirt on politicians is an age old tradition used to distract people from the facts, especially when opposing candidates have a weak political platform, or view someone as a threat to their candidacy. It's also important to note that sometimes, media outlets or social media posters will purposely dig up dirt on political candidates, in order to convince voters to vote for someone else.

Lynda Givens Evans, a conservative blogger, made a very interesting observation about the Washington County Board of Education elections - there are currently three openings, and interestingly enough, another media outlet conveniently omitted dirt on three candidates.  While it is impossible to know if this was intentional or not by the other media outlet, it should be noted that in most cases, the "dirt" has nothing to do with the Board of Education elections. The fact of the matter is, if you do enough digging you can find something negative about anyone. People make mistakes - they're only human. Making mistakes is how we learn.

So this election season, I have a challenge for you the voter.  Don't ignore the dirt, but ask yourself a few questions...

1) Does this really impact a candidate's ability to perform the elected office?
2) Where is this information coming from? Is it possible the information is being purposely displayed to discourage you from voting for this candidate, or does it actually portray a fair, balanced view of all candidates?
3) Does this affect a candidate's views on important issues? Or is it just a distraction?

I hope that with this information, you too can be an informed voter, and help to better our community.

You can view Lynda Givens Evans blog, The Liberated Conservative Woman, at http://liberatedconservativewoman.blogspot.com/

WashCo Chronicle encourages discussion of current political issues and candidates, regardless of viewpoints. Please keep comments polite, and on topic.